Dr. Peter McCullough The Most Cited MD on COVID-19 Treatments 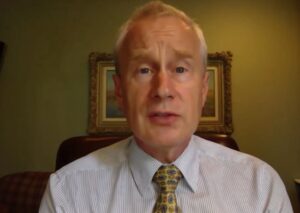 One of the world’s most prominent medical doctors with expertise in treating COVID-19 has gone on the record with a scathing rebuke of the U.S. government’s approach to fighting the virus. He says the government’s strategy, carried out in cooperation with the Bill and Melinda Gates Foundation and the United Nations World Health Organization, has resulted in tens of thousands of unnecessary deaths and is now being followed up with thousands more deaths caused by a mass-injection program.

McCullough holds the honor of being the most cited medical doctor on COVID-19 treatments at the National Library of Medicine, with more than 600 citations. He has testified before Congress and won numerous awards during his distinguished medical career.

Between Dec. 14 and April 23, there were 3,544 deaths reported to the CDC’s Vaccine Adverse Event Reporting System [VAERS], along with 12,619 serious injuries.

“I estimated at that time we could have saved half of the lives lost,” he told Newman. “There are now current estimates that we are up to about 85 percent of all lives lost could have been saved with something called sequenced oral multi-drug therapy.”

But instead, the government and its “stakeholders” in Big Pharma chose to focus on vaccines. At the same time, news organizations were recruited to present only one side of the vaccine story.

Mainstream outlets have agreed to not allow any news critical of the shots to reach the American people. This corrupt collusion falls under the Trusted News Initiative, a global collaboration signed onto by Big Tech social-media giants and many of its corrupt corporate media “partners.”

Reporting facts related to the dark side of the experimental mRNA vaccines is considered “dangerous disinformation” by the globalist media elites behind the Trusted News Initiative.

“A lot of Americans don’t understand how tight these stakeholders are. Keep in mind the NIH [National Institutes of Health] is a co-owner of the Moderna patent, so they have a vested financial interest in keeping these vaccines going,” he said.

More than 15 months into the COVID nightmare, the evidence is beginning to suggest the U.S. government colluded from the outset with the Gates Foundation, CDC, FDA, the United Nations World Health Organization and Big Pharma to make the vaccines the central focus of the global COVID response effort. They started promoting the vaccines before they were even out of clinical trials, McCullough said, which is against U.S. regulatory law.